In Part 2 of this two-part review series, we’ll clarify NIJ (US) armor protection levels and which armor stops which threats.

Not all armor stops all threats. Each type is designed to stop a specific caliber. That’s why it’s important to know the types of armor and what each one can do to protect you.

The NIJ (National Institute of Justice) is the main testing body for body armor sold in the US and sets standards for different levels of protection and their performance.

The NIJ standards are broken down into seven levels of threat:

Constructed by tightly interweaving aramid yarns, 100% UHMWPE (Ultra High Molecular Weight Polyethylene) or a hybrid of UHMWPE and aramid in a flexible format. This protective bullet catcher stops the rotational (rifling) motion of the bullet, dispersing its penetrating power. Soft armor is best used as covert armor for patrol or other services because it is lighter, more flexible, and more comfortable than hard armor. But at the same time it stops only pistol calibers

It is made using several different types of materials based on cost and stopping power.

Steel is the cheapest and heaviest, but it’s also the most dangerous, as the armor deflects the bullet or bullet fragments in all directions on impact, sending those fragments flying at high speed into other parts of your body, or even at innocent bystanders. .
Next comes ceramics, which are lighter but cost a bit more due to their chemical complexity. Unlike steel armor, ceramic prevents debris and disperses the impact, instead of absorbing the bullet into the armor, using the rear end to stop the bullet.
Polyethylene is the easiest option. Level III polyethylene plates are ultra-lightweight and can stop rifle bullets up to and including 7.62mm / .308. By adding a ceramic coating, the polyethylene plates can be certified to Level IV and will stop a steel core and up to armor piercing M2 .30 caliber. 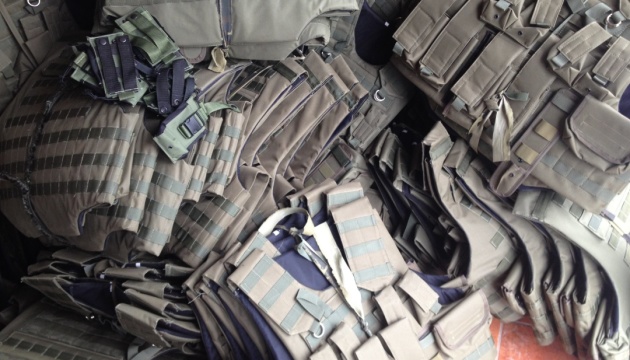 It is measured in joules. This refers to the amount of energy applied to the edged weapon relative to the outside of the armor. In other words, how hard does an ice ax or shank hit armor?

As in the case of ballistic armor, the level of protection is indicated by a number – the higher, the greater the protection.

The most common application of puncture protection is in prisoner handling and transportation, where the greatest threat is often an improvised stabbing device.

All puncture protection is soft armor and falls under NIJ 0115.00 for certification. While some soft ballistic armor will stop certain threats, it is primarily designed to stop bullets. For protection against bladed weapons, choose armor against piercing.

Regardless of your mission, be sure to choose the right armor to stop the most likely threats.