One of the most important tools in your arsenal is definitely not a gun. This is of course important, especially if it is there, but you use it extremely rarely and sparingly, maybe even once in a lifetime (except for training), ideally never. But one tool that you will use quite often – maybe even every day – is a good EDC knife. There are tons of great brands and options.

Whether for self-defense or just to be handy for everyday tasks, a good knife not only gives you peace of mind in those times when you might need to ward off a threat, but also for everyday functions like cutting ropes, slicing dinner, or dissecting an enemy of our state, sorry, a cardboard box.

But which knife is the best? It depends on what you want and need from him.

The first option is the choice of a fixed or folding blade. This decision depends almost entirely on how you intend to wear it. The folding knife folds into itself to safely cover the blade for convenient everyday carry. The fixed blade does not fold, remaining exposed until it is in the sheath.

Knives usually fit easily in a pocket for concealment versus a fixed knife, which is usually attached to a belt or backpack and is often visible from the outside.

If you need your knife at a moment’s notice without considering concealment, an external fixed blade mount is a great option. If you need to be more concealed carry, a folding knife works better. 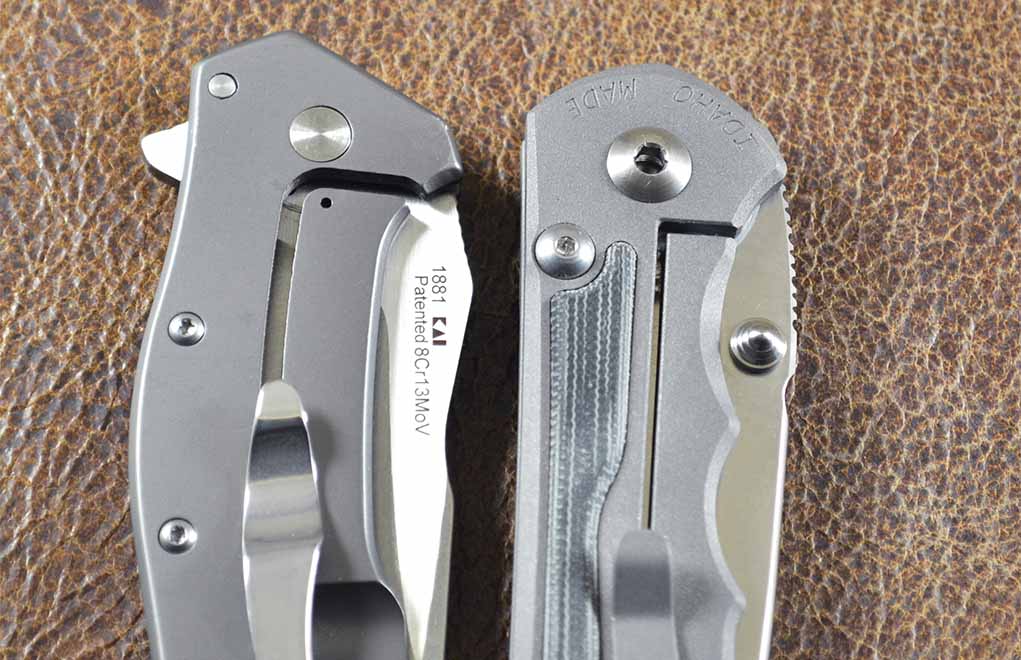 Some knife aficionados will say that a folding knife is not durable enough for the rigors of certain uses. In the old days before the blade lock, it certainly was. All it took was a small mistake and the blade folded and the fingers got shorter. However, today’s locking mechanisms are so advanced and reliable that this is almost impossible to do by accident. The biggest problem with locking mechanisms is how to control them. Although many different devices have been invented over the years, the most common locking mechanisms on EDC knives today are the Lockback and Liner Lock.

The lock got its name from the position of the lock release on the back of the handle. To close the blade, push the release lever to unlock the blade, then push the flat side of the blade to close it in the handle (making sure your fingers are safe).

A great advantage of the Lock Back mechanism is convenience for both right-handed and left-handed users.

You might not think that knives are both left-handed and right-handed, but just like guns, knives are often designed for the dominant hand of 88% of the population. Because the Back Lock rests right in the middle of the handle, it can be operated with either hand.

Sometimes called a Frame Lock or Reeve Integral Lock (named after inventor Chris Reeve), the Liner Lock mechanism has no external button or catch, but instead relies on an additional flange (blade) inside the knife body to hold the blade open. When the blade is extended, a spring-loaded flange automatically slides into place behind the back of the blade to lock it open. Closing the blade requires thumb coordination pushing the flange aside before the blade can be folded. There are a number of small variations on this type of lock that work in basically the same way.

The hidden folding knife can be carried inside the car key pocket or clipped to the outer edge of a trouser pocket. This is a high wear area, so many tactical pants companies anticipate this by sewing a protective layer of fabric to the edge of the pocket just for this purpose.

Clamps come in many shapes and sizes, mostly tailored to the size and shape of the knife, but the main factor in choosing a good clamp is the number of screws: the more, the better. And also the possibility of two-sided installation

Tactical accessories Remember back in school when you learned that the strongest shape is a triangle? This is the case with screw clamps.

Two is good, but three is better. In a three-screw configuration, if one comes loose, you still have two more holding it tight. Degree of a triangle. No matter how many screws your clip has, we recommend adding some glue to prevent the screws from loosening.

The best folding knives have reversible clamps with screw holes on both sides. The height of the clip varies from knife to knife, from the top of the handle to ultra-deep concealment where all you see is the clip.

Knife blades are typically made of steel, which may sound like its own chemical element, but is actually a fusion of iron (soft) and carbon (hard). To make steel, the two pure components are poured together in a molten state, formed into an ingot, and rolled while still hot into the basic shape of the blade before being forged into the finished blade. Thanks to various mixtures and heat treatments, more than 80 types of steel are used in modern knives. A good rule of thumb is that you get what you pay for. More expensive blades tend to have a higher carbon content, are stronger, and tend to hold their sharpness better.

No matter which EDC knife you choose, make sure it’s the one you really need.

Don’t buy it because your neighbor has one or because it’s the latest trendy tactical purchase. Do your homework. Spend the right amount of money to get what you need. A large knife is an investment that can last a lifetime.