There are so many different types of cartridges available for rifles, pistols and shotguns that the choice becomes not so obvious. What is the difference between all-metal cartridges and expansive ones? Do you need a shotgun pellet or bullet?

In this article, we will introduce and explain the main characteristics of the most common types of ammunition for small arms. Please note that terms, measurements and color codes are not always consistent between all manufacturers; the standards you’ll see here are the most common, but there are others.

Anatomy of cartridges for rifles and pistols (rifled weapons)
For the most part, rifle and pistol cartridges share the same basic five-part anatomy. The entire composition is called a cartridge or cartridge.

Selection of cartridges for rifle and pistol

There are hundreds of different cartridges for rifles and pistols, but only a small number of them make up the majority of cartridges sold and fired. The four main criteria for choosing cartridges are caliber, bore, weight and type of bullet.

Some of the most popular calibers in the world, from small to large, are:

Gunpowder is a complicated subject, but luckily it’s generally not a big deal for the everyday shooter. Unusual or non-standard powder mixtures are usually only used by professional shooters and experienced hobbyists. When shopping for precision shooting or self-defense, you want to pay more attention to caliber, weight, and type.

The weight of a bullet is a simple measurement of its mass. “Grain” is a unit of weight equivalent to 2/875 of an ounce (28.35g/437.5) – so when you buy a box of 55 grains of .223 ammo, each bullet (not the cartridge, the bullet itself) weighs 55 grains or about 0.126 ounces (3.57g). Bullet weight significantly affects velocity, stopping and penetration, with heavier bullets generally transferring more energy to the target and penetrating deeper, with significantly more expansive action or fragmentation.

You’ll also need to think carefully about the type of bullet, especially if you’re buying defensive ammo. Many types of bullets (but not all) come in both rifle and pistol versions.

Blank cartridges are powder-filled cases that do not contain bullets at all, mainly used for training or special effects at events. Even though there is no bullet, the blanks still throw out small fragments of metal at high speed and can injure or even kill a person or animal at extremely close range.

Full metal bullets (FMJ)
Full Metal Cased (FMJ) ammunition is generally the simplest and cheapest type. A bullet is a solid conical piece of metal that does not shatter on impact. It has low to average anti-armor performance, but over-penetrates soft targets (although these factors are also highly caliber dependent).

Complete and integral metal bullets (CMJ / TMJ) are almost the same as FMJ bullets. The differences are minor and generally do not affect ballistic performance outside of very specific situations.

Hollow core bullets are designed to expand on impact while remaining intact, dramatically increasing the bullet’s surface area and therefore the damage such a bullet can cause to soft tissue in exchange for minimal penetration.

A soft core bullet provides a good balance between FMJ and hollow core bullets in terms of penetration and expansion. While FMJ cartridges have hard, copper casings, soft core cartridges have some exposed soft lead at the tip covering the casing. This means that the bullet will expand on impact, but is unlikely to do so as much as a hollow core.

Features of the selection of rifled and smoothbore bullets – 5Fragmented bullets have hammered tips or are made in another way and are designed to break into many small fragments upon impact. Ballistically and tactically, they are essentially the opposite of FMJ bullets. Penetration is minimal and many small fragments create many wound channels, increasing the stopping power.

The tips of these bullets and their many subtypes are flat-nosed bullets that are typically used for shooting paper or cardboard targets. A flat nose dramatically increases drag and thus decreases bullet velocity, but some people use them as self-defense cartridges, especially in short-barreled firearms where maximum bullet velocity is limited by the length of the barrel anyway. 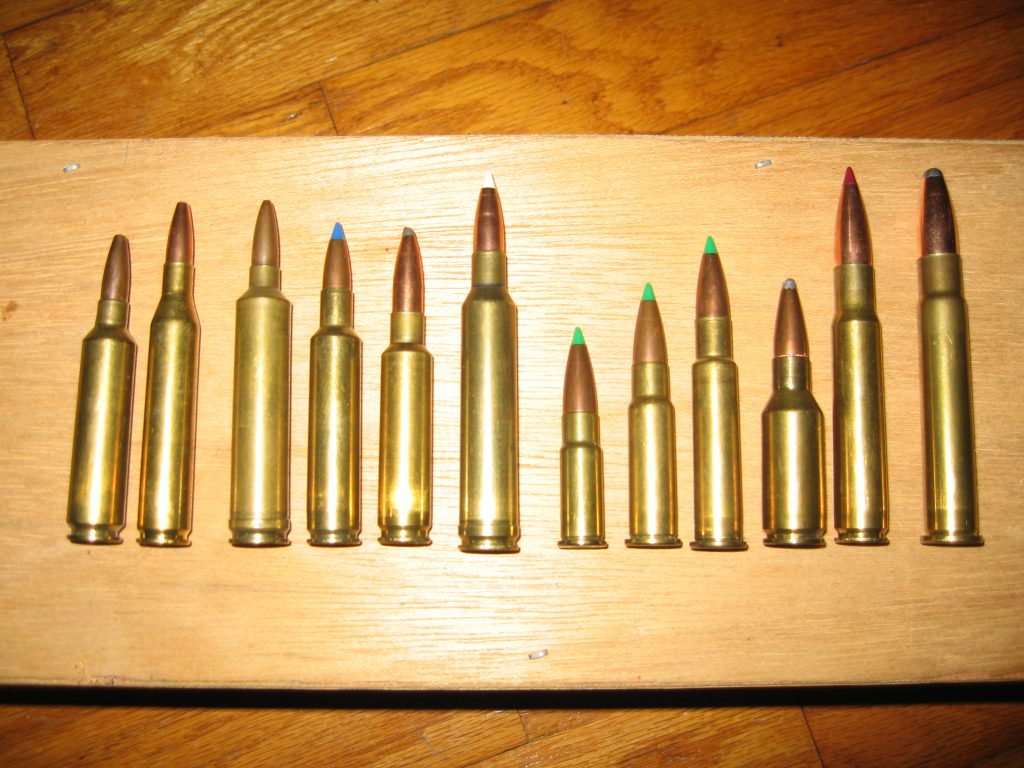 Features of choosing rifled and smoothbore cartridges – 8In many cases, cartridges for rifles and pistols have colored tips, which indicates that the cartridge is intended for a specific purpose. However, note that these color codes are not universal. The colors presented here are generally consistent for military purposes, but may vary elsewhere.